Bio and Information
About Me
Hire Me
Things I Like, Read, Use, Collect
People I Admire

My Resume  (opens in a new window)

Adrian has lived in the  greater Hartford, CT area since 2014, where he is now a freelance Jewish Educator and Consultant, a freelance tutor, a substitute school teacher for Simsbury Public Schools (Grades K-12) and a performing Pianist and Song Leader. He serves as Choir Director, Religious School teacher, and Bar/Bat Mitzvah Tutor for Farmington Valley Jewish Congregation-Emek Shalom in Simsbury, CT. From 2014-2016 he was the full-time Musician-In-Residence/Music Teacher for the Solomon Schechter Day School of Greater Hartford.  and Family Shabbat Service Leader for Beth El Temple West Hartford. Summer 2015 and 2016 Adrian worked as Music Specialist for Camp Shalom day camp of the Mandell JCC of Greater Hartford

In addition to these activities, Adrian works as a consultant to Jewish educators on implementing and using technology, editing some upcoming Jewish textbooks, giving workshops and presentations, and other Jewish activities.

Prior to this, Adrian lived in the Chicago area where he served as the Music Specialist for Chicago JCC Apachi Village Day Camp; Bnai Mitzvah tutor and associate conductor of the Kol Emet adult choir for Beth Emet-The Free Synagogue in Evanston, IL; and one of the tutors at B'nai Jehoshua Beth Elohim in Deerfield, IL.  He was also an Early Childhood Music Specialist for the JCCs of Chicago, serving several sites. For 2013-14, Adrian served as Music Director for Shir Hadash Synagogue in Wheeling, IL.  Adrian sometimes did music for Hakafa in Glencoe, IL and Sukkat Shalom in Wilmette, IL. During the summer of 2012, Adrian was the Shira and T'fila specialist at the Ramah Day Camp in Wheeling, IL.

From May 2011-2012, he relocated back to his home town, New York City, after three decades away, to assume a position as Music Teacher for the Lower School of the Abraham Joshua Heschel School in Manhattan. Summer 2011 he was the Jewish Music Specialist for the 92nd St. Y's Camp Yomi day camp. In the spring of 2011, he served the Society for the Advancement of Judaism in New York City as substitute music teacher and service leader while their cantor was on leave. Adrian spent  Summer 2010 at the Olin-Sang-Ruby Union Institute Camp in Oconomowoc, WI as Media Specialist, reprising this role he also held in 1996 and 1997..

Prior to that, Adrian lived in Amherst, Massachusetts where he served area synagogues and Jewish institutions in a variety of roles. From March-June 2010 he served as Acting Religious School Principal for Jewish Community of Amherst while the Director was on sabbatical. He also substitute taught at the Lander-Grinspoon Academy - the Solomon Schechter School of the Pioneer Valley.

From 2003-2008, while living in the metro DC area, Adrian was  Director of Educational and Congregational Life at Bethesda Jewish Congregation, working with Spiritual leader and Kol Bo, Hazzan (now Rabbi) Sunny Schnitzer.  His (more than) tripartite role there combined the various tasks of religious school director, synagogue management, along with musical and liturgical activities 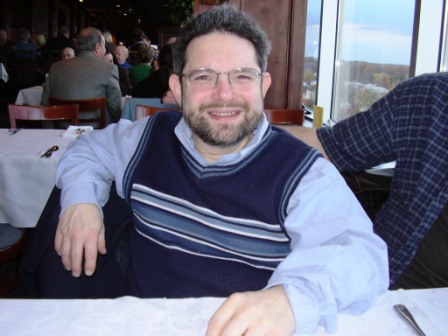 Adrian played piano for the monthly first Friday Kolot Shabbat musical services at  Beth El Hebrew Congregation in Alexandria, VA., where he served for two years as Director of Education until assuming his role at Bethesda Jewish Congregation.  He performed and accompanied around the greater DC area with diverse groups including the Kol NoVa-the Jewish Community Youth Choir of Northern Virginia and the Olam Tikvah Chorale, both under the direction of Carol Boyd Leon. 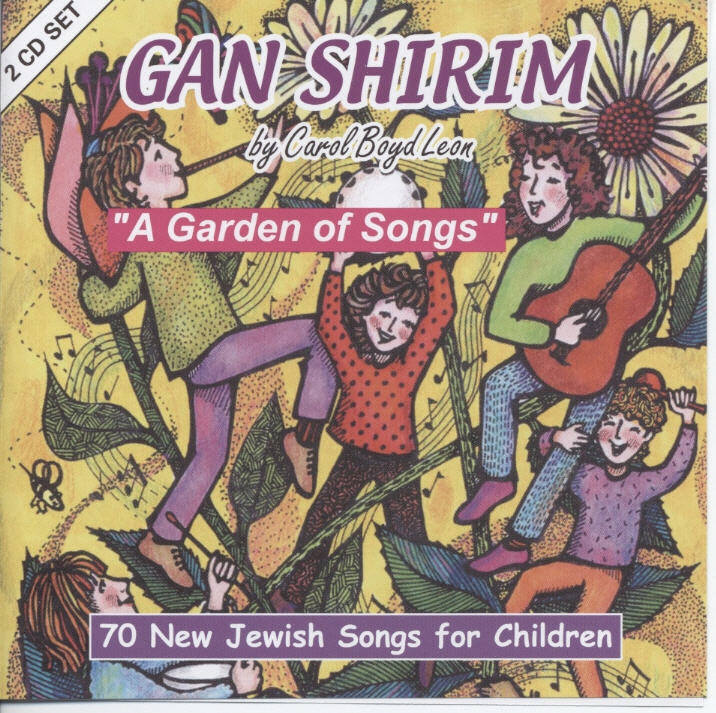 Adrian is  co-producer, editor, arranger and accompanist on the 70 song songbook and 2-CD collection from Carol, entitled Gan Shirim, published by KTAV.

From 1997 to 2001, Adrian edited Bim Bam, a weekly fax newsletter for Jewish teens produced by Torah Aura Productions. Adrian returned as Bim Bam editor for the 5765 (2004-5) school year and was  the editor of the retargeted C.Ha. through 2007, when it was retired from publication

Adrian served as an instructor for the Introduction to Judaism Course offered in Northern Virginia by the Union for Reform Judaism Mid-Atlantic Council.

Adrian was Conference Chair for CAJE 27, held from  August 4-8, 2002, at Trinity University, San Antonio, Texas. He has served on the national Board of Directors of CAJE (the Coalition for the Advancement of Jewish Education). He was co-chair for the evening program at the 26th annual CAJE conference, August 5-9, 2001 at Colorado State University in Ft. Collins, reprising a role he played for CAJE 23 in San Antonio. He is well known in the contemporary Jewish music scene. He has accompanied Fran Avni, Debbie Friedman, Sam Glaser, Nancy Linder and other Jewish artists.

Adrian was the perpetrator of the Hanashir email discussion list for Jewish songleaders, singers, songwriters, music educators, cantors, composers, etc. which is now the Hava Nashira group on Facebook. In addition he performs Jewish music with various artists.

Before his time in the DC Metro area Adrian  was teacher of Judaica and Hebrew (1st and 2nd Grade) and Music (K-6) at Nashville's Jewish Day School, Akiva School. He served as Music Director at Congregation Micah, Brentwood, TN. He was also on staff at Camp Davis of the Gordon JCC of Nashville. While in Nashville, Adrian earned a Masters Degree in Theology from the Divinity School of Vanderbilt University.

Adrian writes a weekly musing on the parashat hashavua which can be found on his musings page and in his musings archive. The musings are currently on hiatus be should resume sometime in the first quarter of 2021.

Adrian is a native of New York City, graduate of the Bronx High School of Science ('73), and holds a BFA in theatrical production and management from the School of Design & Production of the North Carolina School of the Arts ('77). He is also an accomplished musician and pianist, having studied 14 years pre-college first at The Juilliard School and then the Manhattan School of Music. He received his Master of Theological Studies degree from Vanderbilt University Divinity School in May 2000.

In the late 70s, Adrian spent several years as a member of a Dixieland band, The New Dixie Zing Kings, which performed and appeared in Mobile, AL; New Orleans, LA; and Clearwater, FL.

Adrian is a member of the Guild of Temple Musicians

You can see pictures of some of my lighting and scenic designs.

Magazines and  Newspapers I Read:

Things I Don't Much Care For:

My Former Cats, Shiprah and Puah (I miss them!) 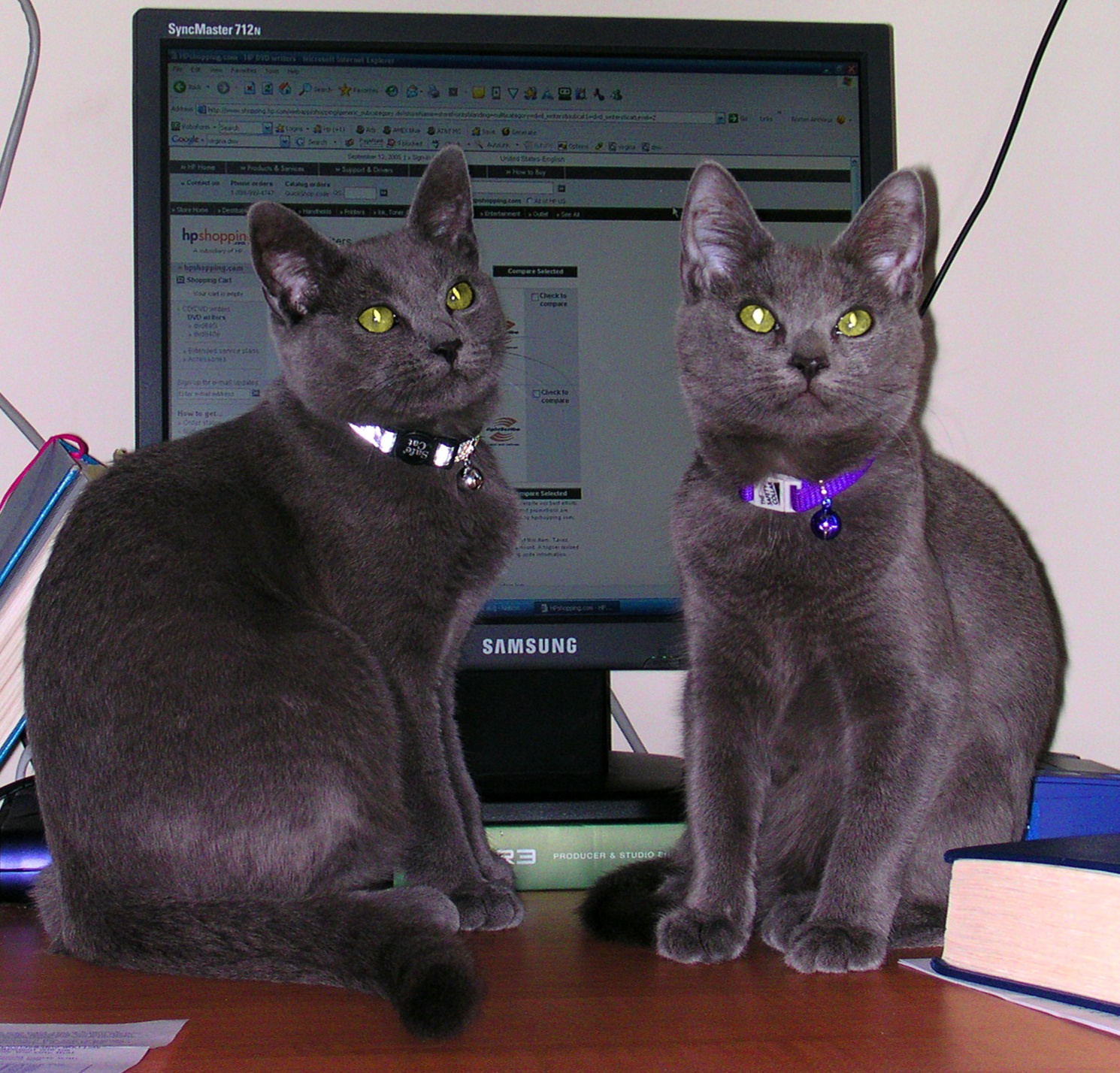 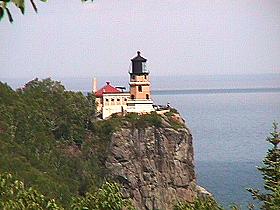 Go to Top   My Computers & Software  My Musical Equipment

People I Admire and Who Have Made a Difference in My Life:

Send Me a Message:  Adrian A. Durlester